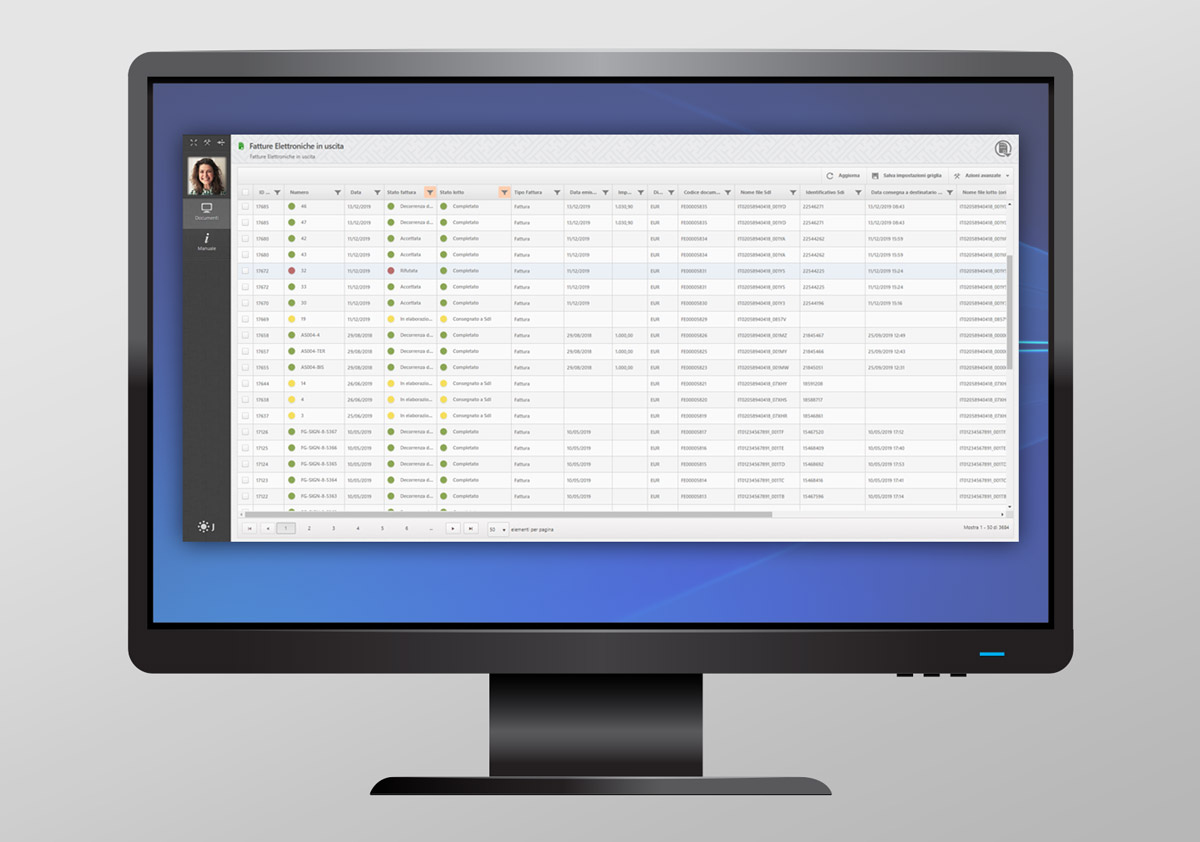 josh B2B is the josh Archive! module which allows you to manage both the outgoing (receivables) and the incoming (payables) Electronic Invoices (FE) along all its phases.

As it was in 2014 for the Public Administrations, on 1st January 2019 all companies must issue and receive invoices in electronic format capable of ensuring the authenticity of the origin, the integrity of the content and the legibility of the invoice from the moment of its issue until the end of its retention period.

With josh B2B it is possible to manage both outgoing and incoming electronic invoices in all phases: generation/reception, monitoring and finally storage. With the possible importing/exporting of the data contained in the invoices to and from the software (ERP).

Both receivables and payables can be read in an absolutely natural way by users thanks to the features of the josh Archive! viewer, which shows them using a standard mode and formats them in a graphic layout similar to a traditional invoice.

Considering the receivables, the electronic invoice can be created and then taken from your own management system, or created automatically by josh B2B starting from an exchange table, digitally signed and transmitted to the ES via certified electronic mail (PEC), or through the SDICoop-Transmission Service, an application cooperation service based on WebService.

Moreover, josh B2B takes care of managing all the notifications received on the progress of the electronic invoice (delivery to the ES, reception by the recipient, acceptance by the Public Administrations, etc.) on an effective dashboard accessible via the web.

Once the invoice has been accepted, the process can be said to be almost finished; in fact, josh Archive! automatically generates the archives containing electronic invoices and all its notifications, digitally signing them and sending them to Conservation (internally or at accredited Conservatories), in full compliance with regulations.

Thanks to josh B2B, your organisation finally has the possibility to take control of electronic invoicing directly, without going through an intermediary. But what does this mean in practical terms?

The vast majority of software suppliers offer their own service (hub or intermediary) that manages the sending and receipt of electronic invoices to the ES (Exchange System), the Revenue Agency’s structure, which is outsourced. In other words, the received and issued invoices are first processed by the software and then forwarded to another intermediary who, in turn, sends the invoices to the Revenue Agency.

It is quite intuitive, however, to understand that in reality this double step represents only a complication and an increase in costs, as well as a possible risk in terms of privacy and loss of control over your data:

josh Scanner is a tool for acquiring documents in electronic format, thus making them available for automatic archiving in the Microsoft SharePoint document management system.

josh InfoSign is a josh software module used to carry out all Digital Signature and Time Stamp operations, as well as the reading and verification of signed and/or marked files and related signature and brand certificates.

josh InfoJam is the optional module of the josh suite for Digital Substitute Conservation, for a real dematerialisation of documents.
josh Scanner
josh InfoSign

Do you want more information?

Any cookies that may not be particularly necessary for the website to function and is used specifically to collect user personal data via analytics, ads, other embedded contents are termed as non-necessary cookies. It is mandatory to procure user consent prior to running these cookies on your website.